“Ephesus was at its peak during the 1st and 2nd century AD. It was a major Roman city second in importance and size only to Rome. Ephesus has been estimated to be about 400,000 inhabitants in the year 100 AD, making it the largest city in Roman Asia.

… St. Paul who lived in Ephesus for three years (in the AD 50s) There is a tradition that St. John settled here with Mary, the mother of Jesus, and also wrote his gospel here. ” 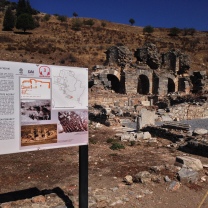 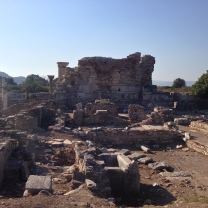